It was a dreary and chilly Saturday in downtown Cincinnati but that didn’t stop the hundreds (thousands? I’m awful at guessing the size of crowds) of people that showed up to the March for Science. There were definitely larger marches around the world, but there was something special about being at your city’s march. One speaker brought up the fact that some of the most important scientists came from Cincinnati: Neil Armstrong, Henry Heimlich,
George Rieveschl (inventor of Benadryl), among others. Between the speakers and the turn-out, it was hard not to be proud to be a Cincinnatian.

First, there was a rally on Fountain Square with 10 or so speakers ranging from a middle schooler, to scientists at UC, to concerned citizens. 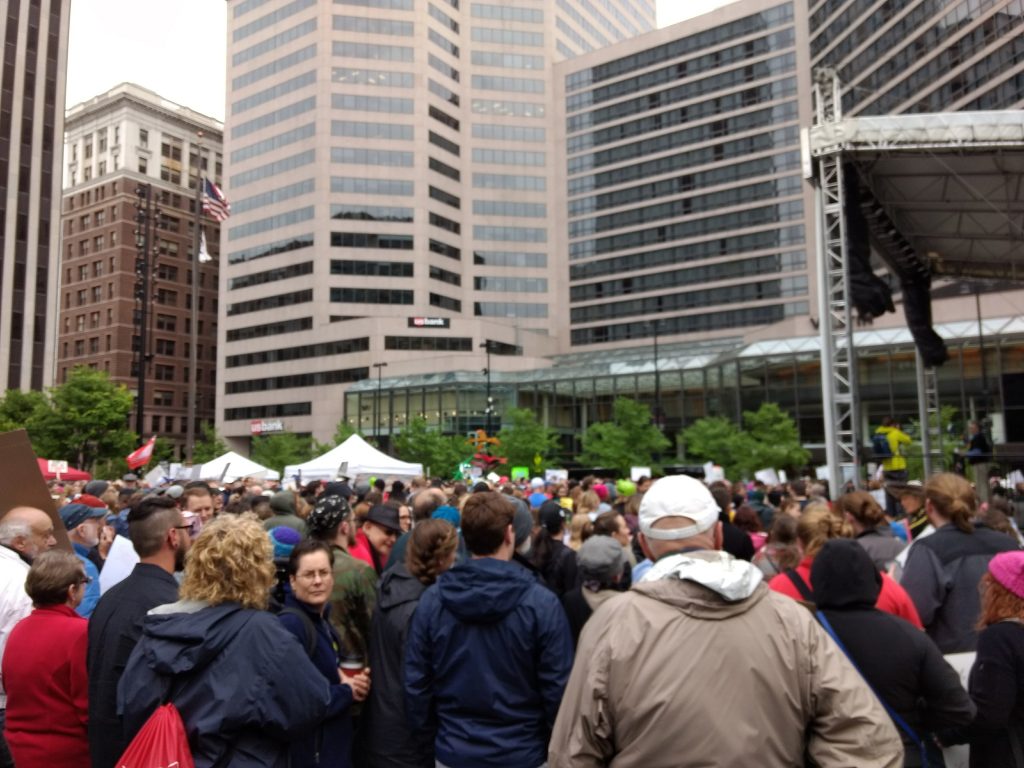 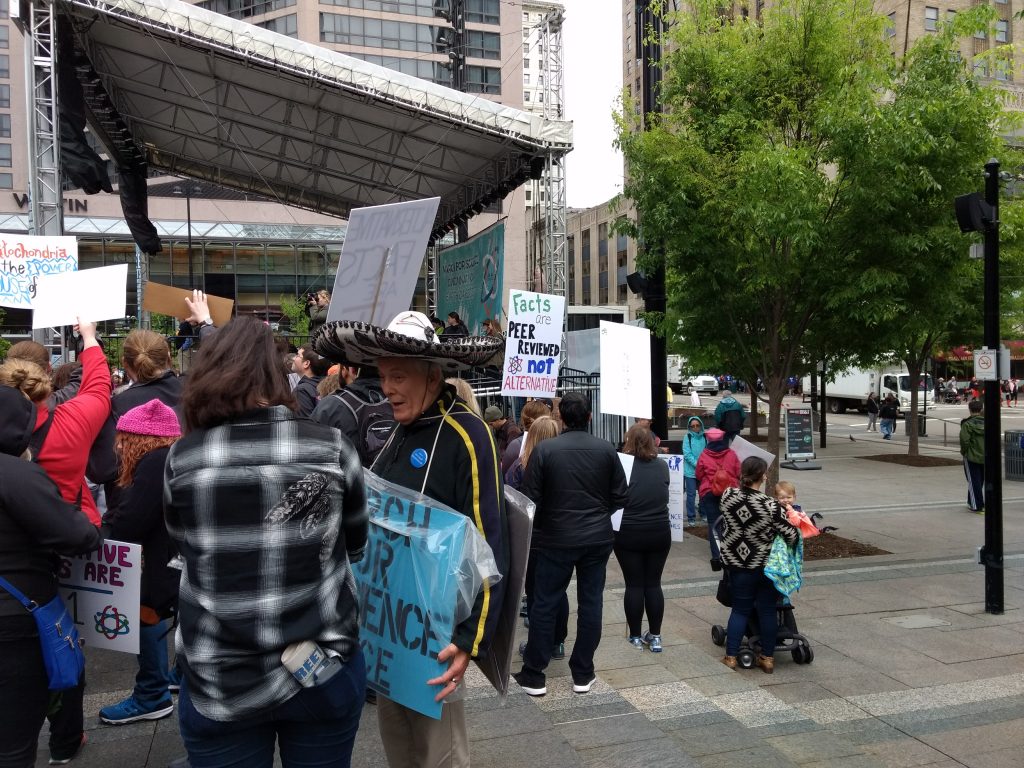 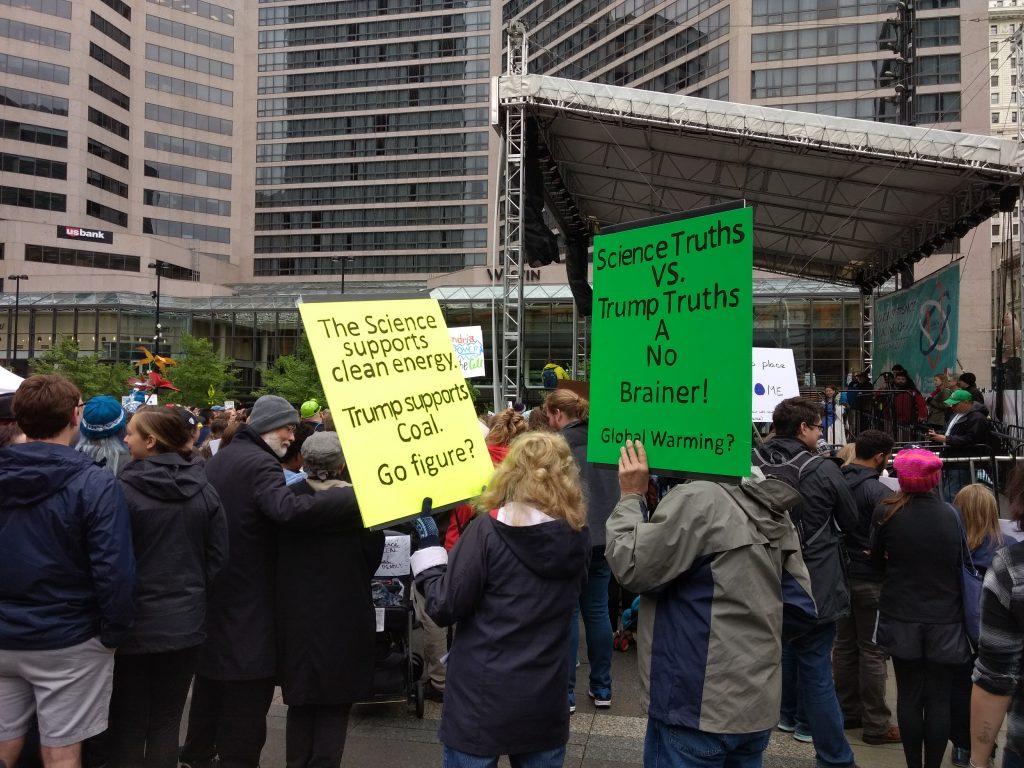 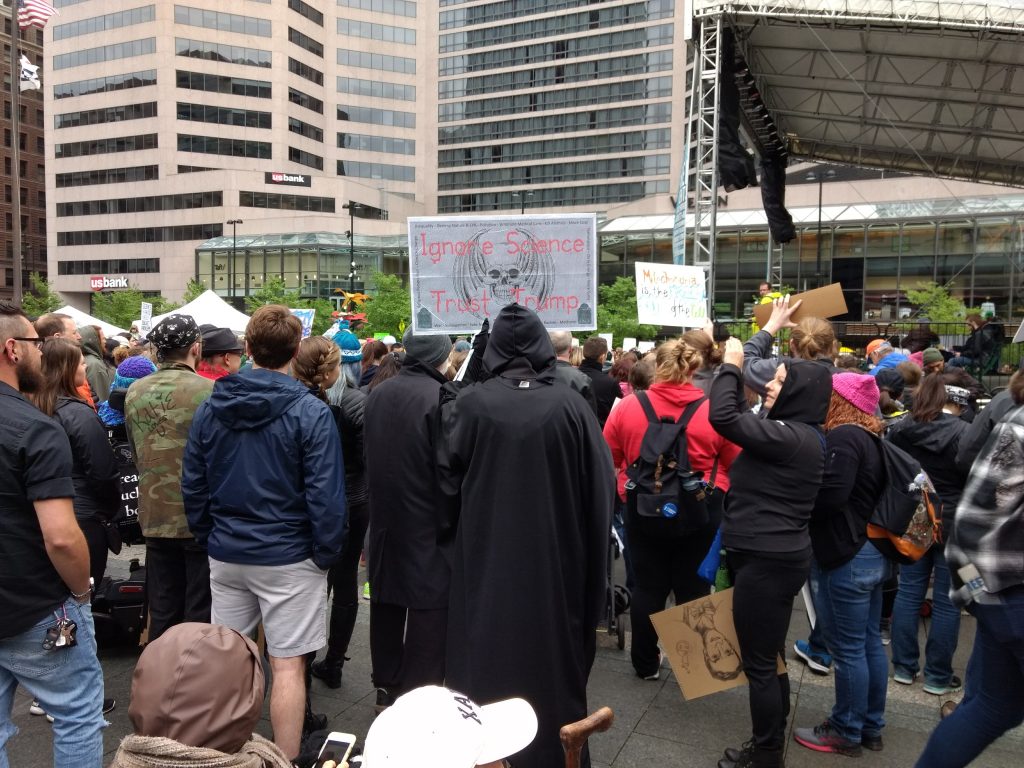 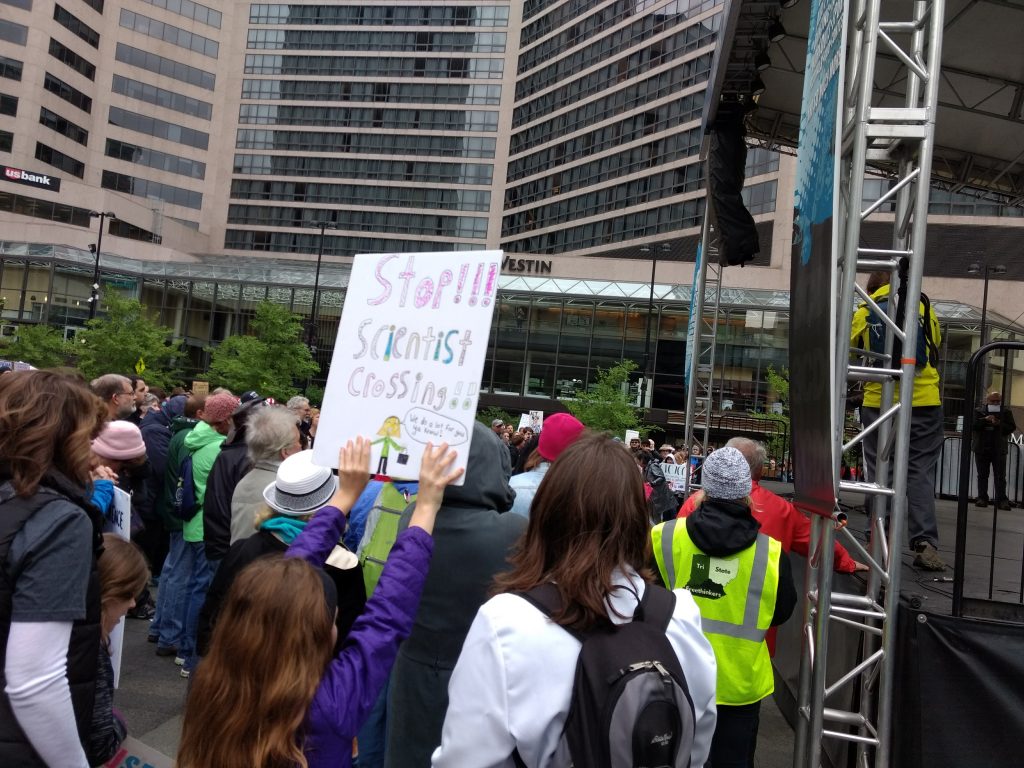 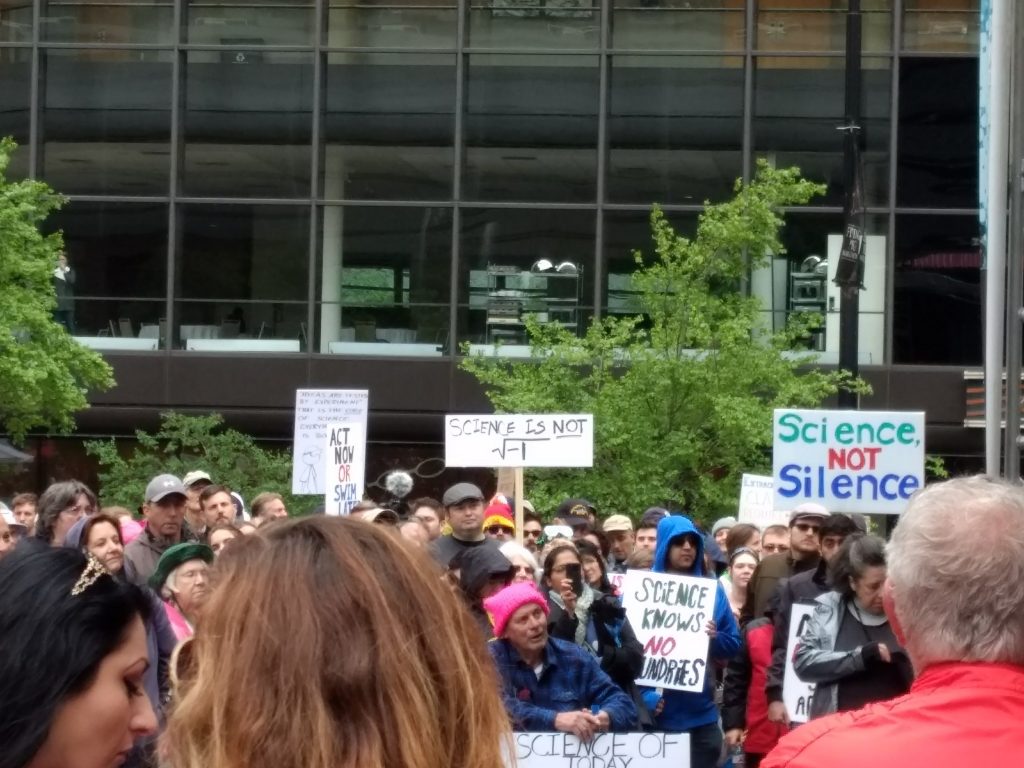 And then, the march. The route was short, from City Hall and back to Fountain Square. 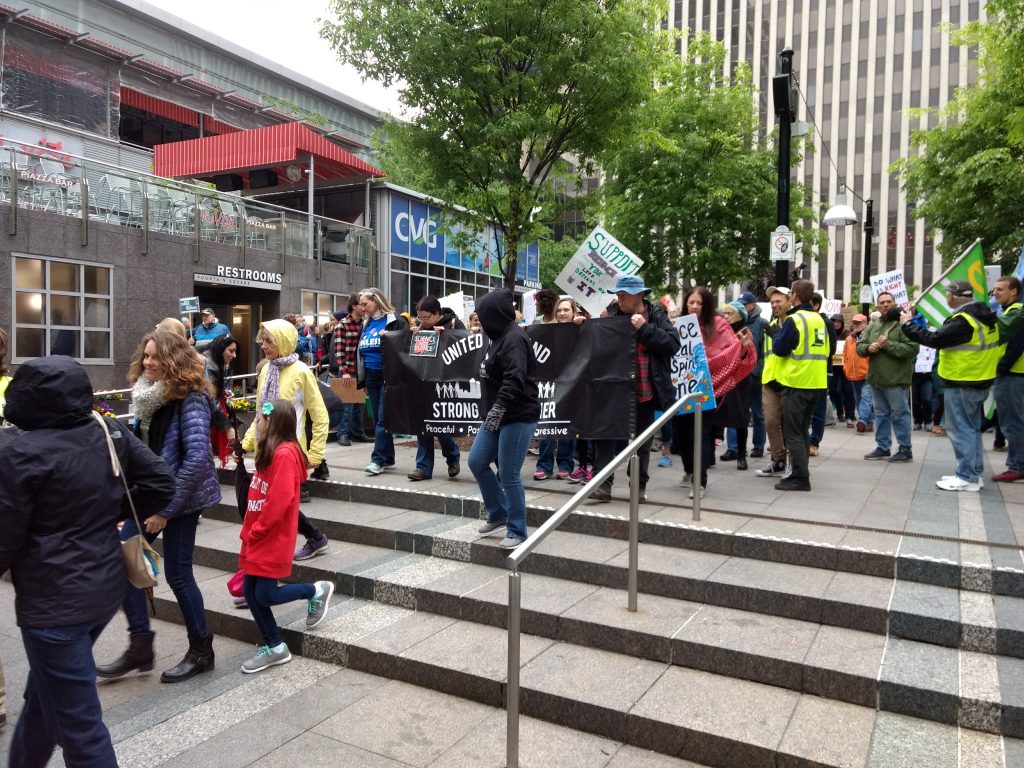 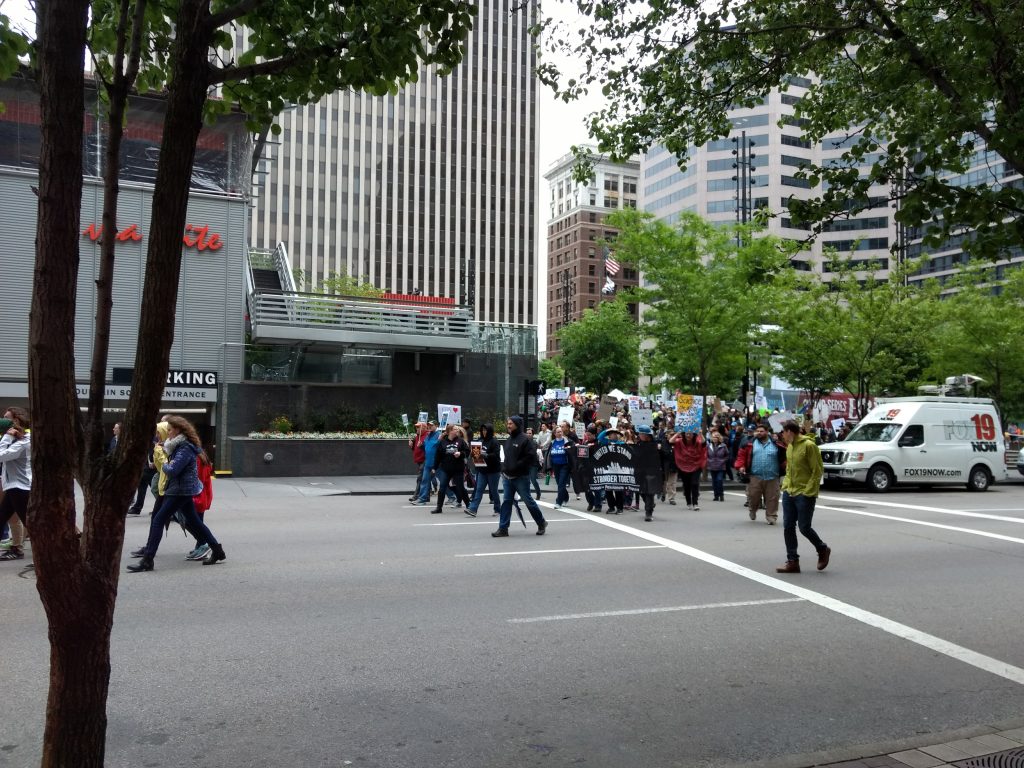 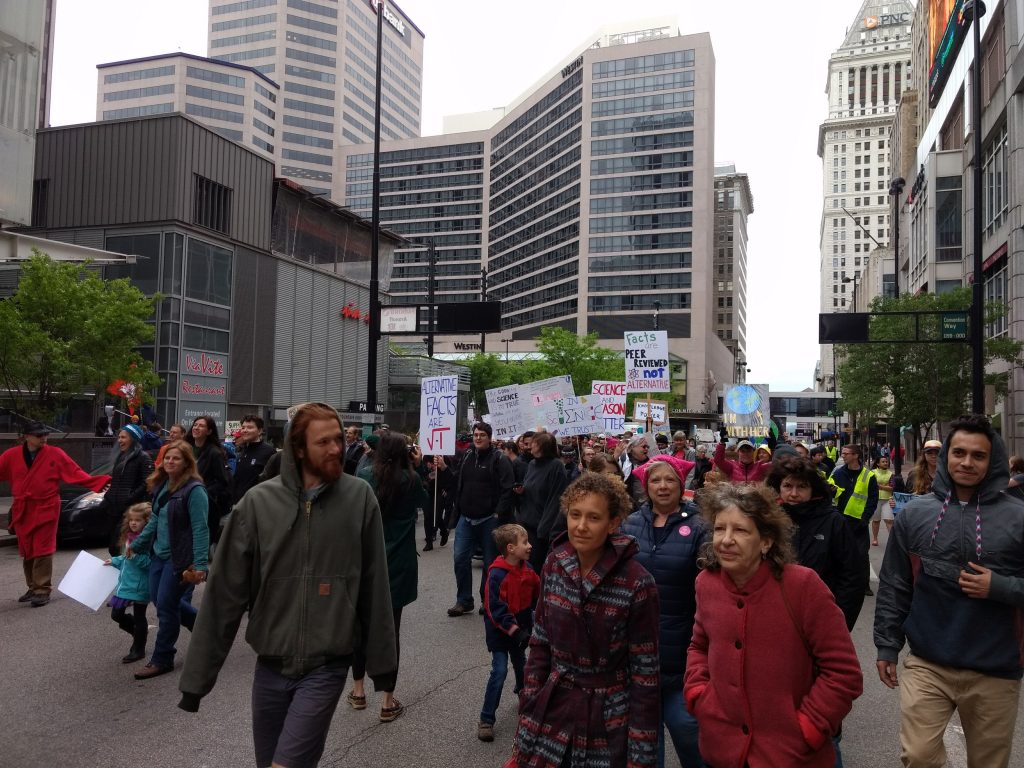 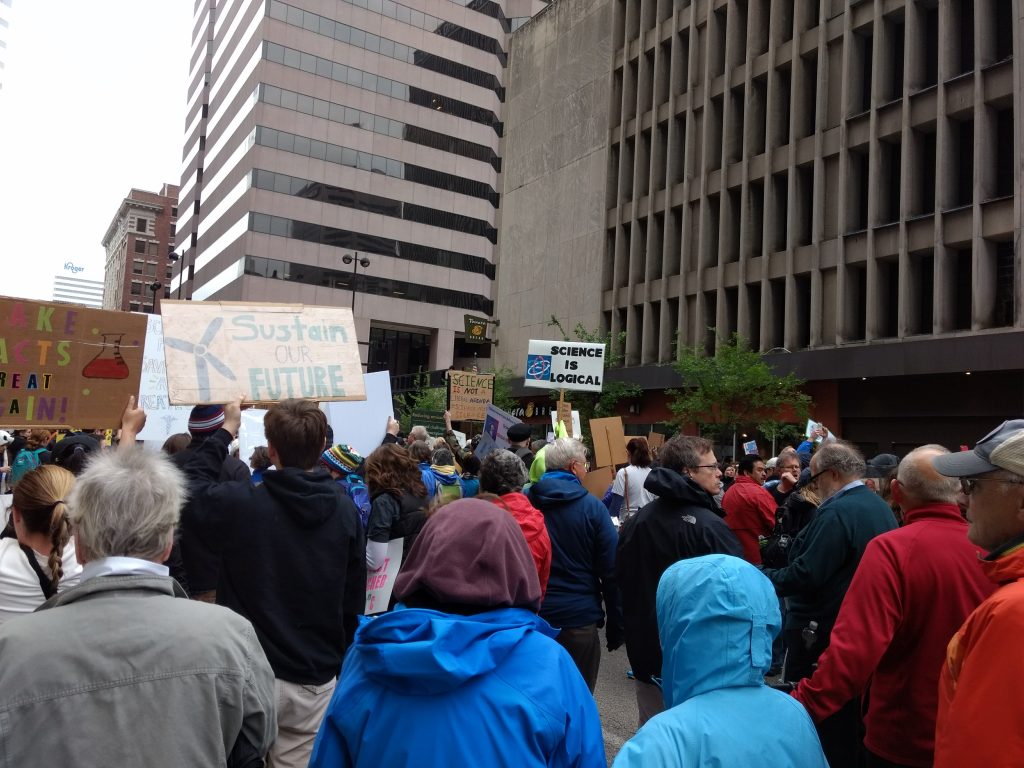 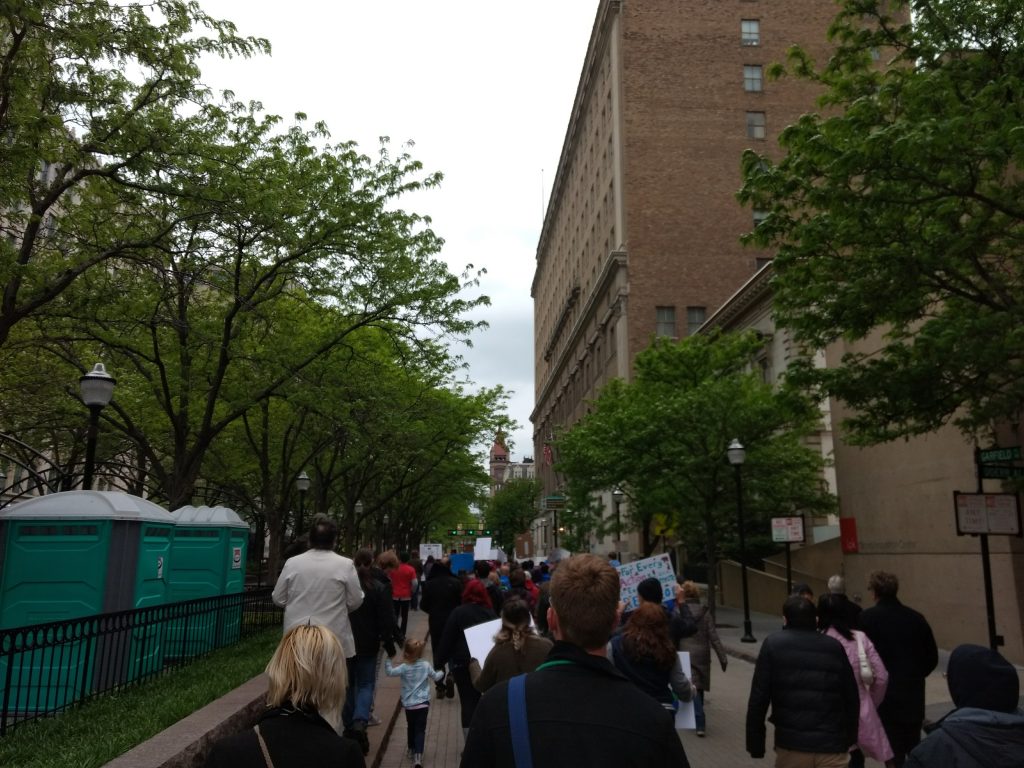 Go back to home page

Get Notified of New Posts